It’s that time of year once more: the BBC Young Writers’ Award is now open! We’re encouraging young writers, aged 13–18, from across the country to submit your best short stories (up to 1,000 words) to be considered by a fantastic line-up of judges, including Radio 1’s Katie Thistleton and First Story Writer-in-Residence Bridget Minamore.

The judges are on the look out for originality and flare, deft use of language and a skilful exploration of what a short story can be. Last year’s winner, Georgie Woodhead, displayed all of these qualities in her winning piece ‘Jelly-headed’ (you can listen to it here), which was lauded by the judges for its electric descriptive detail.

Georgie is a member of Hive South Yorkshire, a hub where young writers can take part in extra-curricular writing workshops run by local authors. She was mentored at Hive by the writer Nik Perring — who also happens to work as a First Story Writer-in-Residence across West and East Yorkshire.

To celebrate the BBC YWA 2020 launch — and glean some inside knowledge on what it takes to win! — we caught up with Georgie and Nik to ask their advice on what makes a stellar short story…

I think whenever you write something or read something, it has to play out in your head exactly like a film, and the vividness comes from the fact that every separate image is like the freeze frame of a film.

JF: Hi Georgie. Congratulations on your win! ‘Jelly-headed’ is a fantastic story. Can you tell us a bit about the thought process that went into writing it?

GW: I started from an image that I wanted to write about – in this case just the image of someone being hit by lightning, which I found really fascinating. I think the image was first influenced by a show called Flowers where a character was struck by lightning, and this stayed in my mind until it gradually developed into its own story.

JF: It’s interesting you should say that, because the description in ‘Jelly-headed’ was described by judge, Testament, as “vivid”. What do you think makes writing vivid and how can other young writers emulate this?

GW: I think whenever you write something or read something, it has to play out in your head exactly like a film, and the vividness comes from the fact that every separate image is like the freeze frame of a film. It’s important that the reader is able to see the image just as clearly as you can, and the way to do that is to use specific, vivid images. I wouldn’t necessarily encourage young writers to simply replicate this method of writing though – I think it really depends on the writer and what they think works best for them.

JF: Good point! But often people, especially younger people, can feel scared to enter competitions, fearing that they aren’t good enough. What would be your advice to them?

GW: Just do it – there’s absolutely nothing to lose. If you win then you win, and if you don’t then you’ve gained experience and maybe a nice rejection letter to pin on your wall. Judging competitions like this is always so subjective, and depends entirely on what the judges personally like, which of course will change year to year as the judges change.

JF: How has being crowned ‘BBC Young Writer’ of 2019 impacted you and your life?

GW: My mum is embarrassingly proud! But ultimately, it has really given me confidence with my short story writing.

Be yourself! Write what you want to write about. If they’re your ideas, they should be original anyway because you’re you

JF: Hello Nik! As short story writer yourself, what do you think makes a successful short story and why?

NP: A good short story gets in and out, and says all that needs to, in exactly the right amount of time. Because it’s short by nature, it’s often really good at getting to the point – dropping the reader into the most interesting, important, exciting, terrifying point of a character’s life and showing how they react to that. So we get to see a point of change really clearly.

I think a really good short story lasts far longer in your head than it takes you to read it – like a beautiful bruise or like a handclap in a cathedral.

JF: I love that metaphor of a ‘handclap in a cathedral’. So original and apt! Which, funnily enough, is something the BBC YWA requests: ‘original fiction’. This can sometimes be daunting for writers, whatever their age, as it can often seem like there are few original stories to be told. What is your advice on how to be original?

NP: Be yourself! Write what you want to write about. If they’re your ideas, they should be original anyway because you’re you. So don’t be scared by your ideas – embrace your imagination. How you feel about the world, and how you see the world (or some other world) is what makes you the person who’s the absolute best qualified to tell your story. So do it! And enjoy writing it.

As long as you’re not trying to tell a story that’s already been told, you’ll be just fine.

JF: Young people might assume, because of the way they’re taught to write in English lessons, that a great story should meet set criteria (e.g. be full of literary techniques and have an ambitious structure). What are your thoughts on this?

NP: The biggest mistake I see people making when they start out is trying to sound like a writer. It’s silly. It doesn’t work because you end up sounding like someone trying to sound like a writer. A good writer uses the right words. She (or he) makes sure their story comes first and they’ll tell it clearly and naturally. So don’t get bogged down trying to fit in a load of posh sounding words, or complicated sentences just because you know about them. Be simple, be clear. Think of it like football – Messi might know all the tricks but he might only use a couple over a 90 minute game.

And don’t forget that we call it telling stories. Write it in a way that you’d feel confident saying it to someone you like.

JF: And finally, what’s your favourite short story and why?

NP: There are far too many to list but, as me and Georgie have a bit of a Etgar Keret mutual appreciation thing going on (without him and Aimee Bender I don’t think I’d be the writer I am) – and as she’s just lent me his latest collection, I’m going to go with his, ‘Breaking The Pig’. It’s the best story I’ve read about a boy becoming friends with his Piggy Bank!

Now you’ve got some strong tips from Georgie and Nik, why not give it a go? Check out BBC Young Writers’ Award for more info and submit your story here before 23rd March 2020. Good luck! 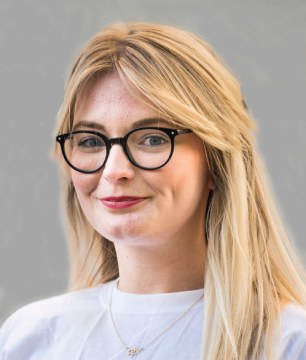 Our office is closed until further notice. Please email us if you need to contact us as we won't be able to collect mail.