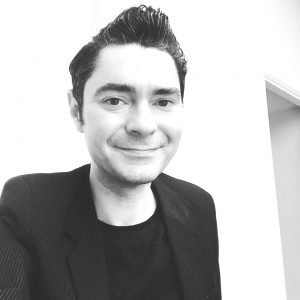 Nik Perring is a short story writer and the author of five books. His work has appeared in many fine places all over the world including Smokelong, Word Riot, 3 :AM Magazine, and The Fiction Desk. Most recently his re-telling of Little Red Riding Hood, Carmine’s Fruit, won the Artificum Short Story Prize. It’s also been read on the radio, performed on the stage, printed on fliers and appeared, with Dave Eggars’, on a High School Distance Learning course in the US. He has published the books: I Met a Roman Last Night, What Did You Do? (EPS, 2006); Not So Perfect (RoastBooks, 2010); Freaks!, co-written with Caroline Smailes (TFP/HarperCollins, 2012), A Book of Beautiful Words: Some Meanings and Some Fictions Too (RoastBooks, 2014); and A Book of Beautiful Trees (RoastBooks, 2015).

Nik is also an editor and a teacher of writing, working with both and adults and children. He’s taught writing in many venues, from community projects, schools and colleges, to festivals and libraries, and the BBC.

Nik is currently a writer in residence at Leeds West Academy in West Yorkshire.