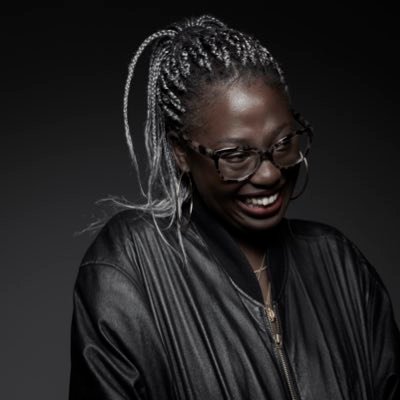 Bridget Minamore is a South East London writer. She was shortlisted to be London’s first Young Poet Laureate (2013), a Hospital Club’s Emerging Creatives (2015), as well as one of Speaking Volumes’ 40 Stars of Black British Literature. In 2017, she became the youngest person, and first woman, to be the lead tutor for the Roundhouse Poetry Collective.

As a journalist, Bridgette has written for the Guardian, Pitchfork, and The White Review; her 2017 BBC R4 documentary Lines of Resistance – on the poetic history of women of colour’s writing – was a Radio Times pick of the week, and her debut pamphlet of poems on modern love and loss, Titanic (Out-Spoken Press), came out in May 2016.

Passionate about women’s rights and international politics, Bridget was the creative coordinator for My Body Back, a charity that aims to empower survivors of sexual violence. She was also part of the creative team behind Brainchild Festival and has worked with British African theatre company Tiata Fahodzi. In 2018 she co-founded Critics of Colour with playwright Sabrina Mahfouz, a collective for UK-based people of colour which aims to make writing about theatre, dance, and/or opera more accessible.