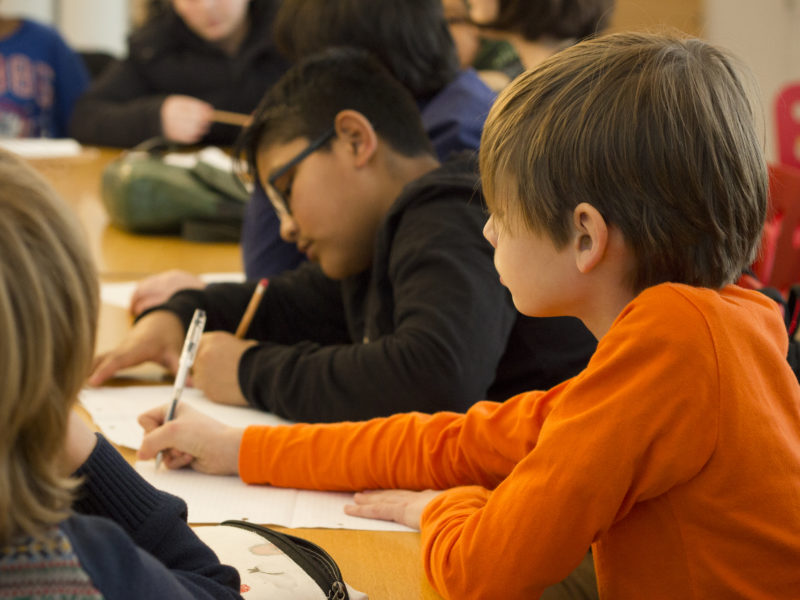 In 2015 First Story received a Creative Writing in Schools grant of £600,000 from Arts Council England, alongside our fellow creative writing organisation, Paper Nations. We were thrilled that the grant allowed us to take our flagship creative writing programme into the South West, as well as further expanding our work in the North.

During the three years of the grant, First Story directly served around 3,000 young people, aged 8-14, in areas of high deprivation across the North and South West of England. We place First Story Writers-in-Residence in 65 schools, published over 50 anthologies, and developed and published a First Story Writers’ Guide.

Along with a host of partners, we also designed and launched an ambitious new national platform to promote creative writing in schools: the UK’s first ever National Writing Day.

For the past three years First Story has expanded our reach, placing more writers in schools than we’ve ever done before. The learning from this evaluation will inform how we build upon our network of writers towards making the benefits, and pleasure, of creative writing accessible to as many young people as we can.

Arts Council England has released a final report on the outcomes and impact of the grant, written by the independent evaluator, LKMCo. The final report is available here. Its main findings are that:

We are delighted that Paper Nations and First Story will be sharing replicable delivery and business models as the legacy of the Creative Writing in Schools programme, to inform, inspire, and support more children and young people to write creatively and for pleasure, in and outside school.

With opportunities for children to write creatively in schools in decline, Paper Nations’ goal was to produce evidence-backed resources to help sustain and expand the culture of support for creative writing. Without partnerships between local and national organisations, our work would not have succeeded. Following on from the recommendations of the LKMco report, we look forward to sharing the resources that we have co-created through this programme.