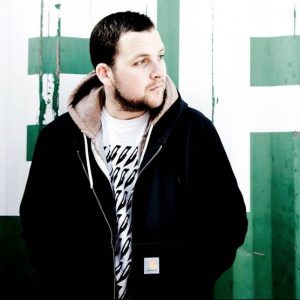 Steven Camden (Polarbear) is one of the most respected spoken word artists in the UK.

Regularly performing his work internationally since 2007, Steven has graced stages from Kuala Lumpur to California via Glastonbury and The Royal Shakespeare Company. His work has featured extensively on BBC Radio 1, 3 and 6.

A published author, Steven has written two critically acclaimed Young Adult novels for HarperCollins, Tape and It’s About Love, with his third, Nobody Real scheduled for publication in early 2018.

Steven is also a playwright and his debut play, Back Down, was produced by the Birmingham REP and toured nationally in 2015. His new play I KNEW YOU runs at Birmingham REP in September 2017 before a regional tour. His first Radio 4 play, Sleeping Dogs, aired in 2013.

He was co-writer and script mentor on the Akram Khan Company’s Olivier Award winning production Desh, as well as script writer for LIFT festival’s acclaimed production Turfed. His theatre piece for 8+ year olds Mouth Open, Story Jump Out, produced by Battersea Arts Centre, received five star reviews and is currently on its third international tour. His latest theatre piece for 13+ year olds DARK CORNERS toured nationally this spring and is due overseas early next year.