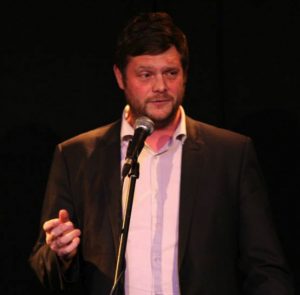 Steve Cawte has worked as a playwright, poet, teacher and performer. Over the years, he has produced eight of the plays he has written and has directed a collection of stage plays.

He went on to win two awards in 2012 – the ‘Our Times New Writer of the Year’ and the ‘Voice it’ Performers prize. His passion for poetry and theatre has led him to become a board member for ‘Lincoln Inspired’, an up-and-coming arts festival, and the host of the Lyric Lounge Lincoln poetry event.

Steve is a strong believer in inspiring and encouraging new writers, and to this end is a founding member of Lincoln Creative Writers which celebrated it’s 10th anniversary in 2017. Between acting work and spoken word performances Steve runs workshops with children and adults teaching drama and writing.