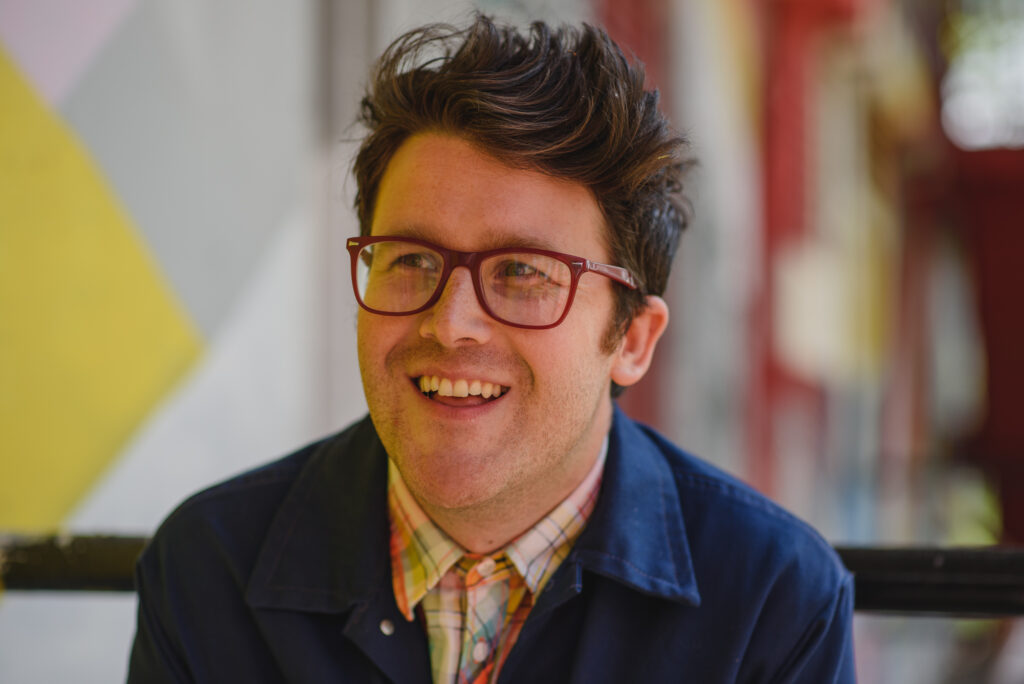 Matt Abbot is a poet, educator and activist from Wakefield. His debut one-man stage show Two Little Ducks explored the working-class Leave vote, volunteering at the Calais Jungle and life in Northern tumbleweed towns. It earned a hat-trick of 5* and 4* reviews during a full Edinburgh Fringe run in 2017 and during a 22-date UK theatre tour in 2018. The show’s content was published as his debut poetry collection by Verve Poetry Press in 2018.

His debut kids’ poetry collection A Hurricane in my Head was published by Bloomsbury in 2019. It was one of National Poetry Day’s selected titles, which led to a live appearance on Blue Peter. He was also named as one of five of the UK’s leading “new poets” in The Guardian earlier in 2019.

My debut First Story residency was at Woodside High School in Wood Green, North London. This meant a lot to me as I used to live in nearby Manor House, and regularly had writing days around Wood Green as I found a lot of inspiration in its multicultural environment and small independent businesses. The pupils at Woodside have been incredibly brave and forward-thinking in their response to my sessions. Their anthology My Words to the End of the World is a razor-sharp insight into life as a young teenager, growing up in North London in 2020.