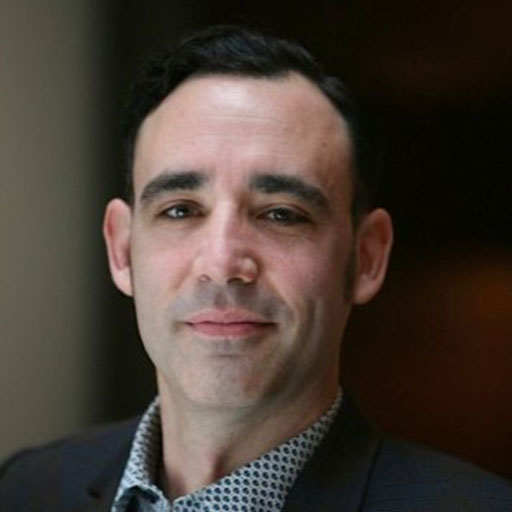 Jarred McGinnis is the co-founder of The Special Relationship, which was chosen for the British Council’s International Literature Showcase. He was the creative director for ‘Moby-Dick Unabridged‘, a four-day immersive multimedia reading of Herman Melville’s Moby-Dick at the Southbank Centre, involving hundreds of participants.

His short fiction has been commissioned for BBC Radio 4 and appeared in respected journals in the UK, Canada, USA and Ireland. He is an Associate Writer for Spread the Word, a mentor for the Word Factory, a fellow of the London Library’s T S Eliot Emerging Writer Programme and a Writer-in-Residence for First Story.

His debut novel The Shoplifter’s Guide to Disability is published by Canongate (July 2021).

He also has a PhD in Artificial Intelligence, but mostly he inspires the able-bodied by using public transport and taking his daughters to the playground.

My work as a Writer-in-Residence sustains me in so many ways. It invigorates my love of language. I can see I am doing good for others. It gives me hope for the future.

All authors started as readers and usually at the age of the students I now work with. I see it often in the sessions; students who know the power and playful nature of words. They intuit the elasticity of meaning of language. They are writers born. It reminds me of why I first wanted to make my own stories and poems. I want to recreate the magic I feel as a reader. To be there with the students, to be that person who gives them the permission to write, to let them know that their stories are worth telling, that is why I’m a First Story Writer-in-Residence.