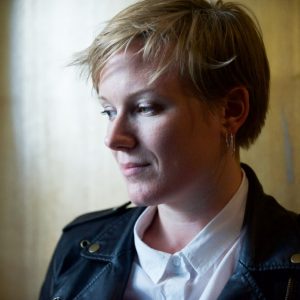 Hannah Silva is a British poet, playwright and performer known for her innovative explorations of form, voice and language. Her solo performances layer up vocal sounds and poetry, creating sonic explorations of meaning and sense. Her latest performance Schlock! splices Fifty Shades of Grey with a novel by Kathy Acker, celebrating ‘the slipperiness of words, reinventing them so that none of them are safe’ (The Guardian). Total Man was shortlisted for the Ted Hughes Award for New Work in Poetry. She has been featured in Wire magazine and on BBC Radio 3. Her poetry collection Forms of Protest (Penned in the Margins) was Highly Commended in the Forward Prizes. Her debut record Talk in a Bit will be released by Humankind in 2018.