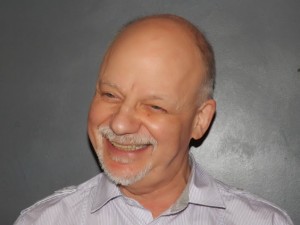 Moving back to Bradford in 1977, he co-founded the seminal music fanzine The Wool City Rocker and formed the band Ulterior Motives, in which he was lyricist and lead vocalist.

Since the mid-’90s, his collections of children’s poetry including The Dragon Who Ate Our School have seen him become a best-selling children’s writer.

Toczek has worked as a visiting writer in thousands of schools, visiting dozens of countries worldwide in the course of this work. He continues to publish books and release CDs. His book on anti-Semitism, Haters, Baiters and Would-Be Dictators,is published by Routledge and a collection of his best dragon poems, Dragons Are Back, is published by Caboodle Books.