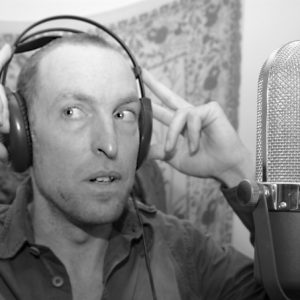 Mark is well known for mind-altering poetry with an almost music hall edge. He mixes humour and poignancy with great skill. A guest of BBC Radio 4’s Wondermentalist Cabaret and a favourite of Radio 3’s Late Junction, his shows have won five festival fringe awards for Best Spoken Word. As resident poet in four of London’s parks, Mark explored what is meant by ‘common ground’ in C21st Britain. And with musicians Psychicbread, Mark was commissioned to write and record a collection of poems for his native Peak District, Lyric in Limestone.

He has published five collections of poetry and has appeared in numerous anthologies. Reviewing his collection Psychicbread , Vicki Holman declared it: ‘contagious, gritty and sometimes startlingly sensitive.’ In 2015, Mark toured southern India, and later the UK, with Indian poet and playwright Mamta Sagar.