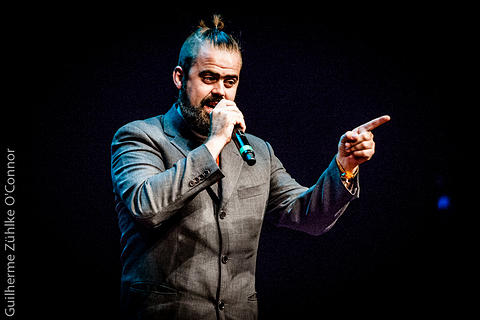 John Berkavitch is one of the most respected voices in the UK spoken-word scene. He’s a former UK Slam Poetry Champion, an internationally acclaimed Storyteller, an accomplished Breakdancer, Digital Artist and Animator.

Berkavitch has toured poetry and spoken-word across Europe and Asia as well as having pieces commissioned by theatres and companies including Apples and Snakes, The Southbank, Saddler’s Wells and Curve Theatre Leicester. His work has been featured on Radio 1, Radio 1Xtra and Radio 4.

He has worked as an artist in education for over a decade. His unique approach to learning and collaboration with a focus on transferable skills served as an inspiration to thousands of hard-to-reach and disenfranchised young people across the UK.