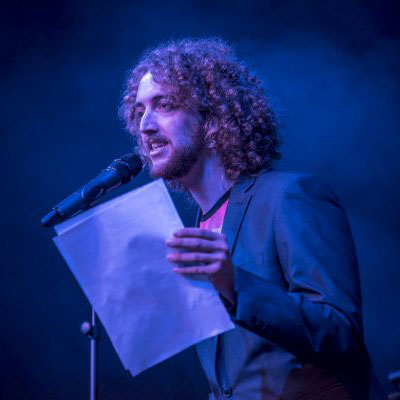 James is a writer and theatre maker based in Manchester. His practice includes work as a writer, director, dramaturg, performer and workshop facilitator, across a range of projects. He maintains a blog of cultural criticism and has written for The Stage, Exeunt, Le Monde and The Real Story.

James has made pop-up theatre with integrated BSL access, one-to-one performance, studio theatre, gig theatre and dance theatre, which has been performed in tours of regional venues, in London theatres, at festivals and at Summerhall at the Edinburgh Fringe. His work is always overtly political and has incorporated themes such as treason, mental health provision in the welfare state, the witches of Macbeth, and environmentalism.

Central to James’s work is an impetus to challenge and explode the exclusionary structures of the theatre industry, and society as whole. This is reflected in the people he chooses to collaborate with and in the form the resulting work takes.