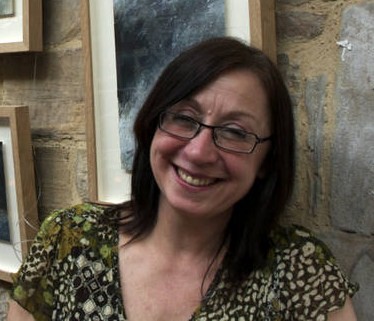 Writer, actor, storyteller, director, creative catalyst and former award-winning publisher, Irene Lofthouse has been working with words all her life.

She’s currently storymaker with Historic England on its ‘From Bradford with Love’ project involving schools across the city; developing story walks with Bradford Museums, Sunnybank Mills and HIVE; is touring her one-woman show ‘Words, Women & War: Forgotten Female Voices of The Great War’ to theatres and schools and recently played Enid Blyton with Bradford Libraries.

She has many stories and poems in 26.org anthologies; features in ‘Tyto Alba’ (Comma Press), Huddersfield Literature Festival, in theatres, museums, on heritage buildings and even canal gates. A regular presenter and performer at literature and arts festivals, including Edinburgh Fringe, Irene’s also appeared on TV, radio and in films. She can be seen on the big screen in Bradford performing ‘Playing in the Park’ recorded for National Poetry Day 2017 by Bradford Libraries.