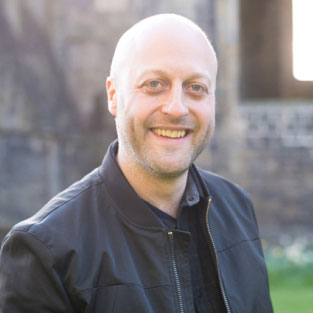 Daniel is the author of The Firebird Chronicles series for children aged 9-12: Rise of the Shadow Stealers (2013), The Nemesis Charm (2016), and Through the Uncrossable Boundary (released November 2018), published by Our Street Books. He is the recipient of the Taner Baybars award (2016) for original fiction in the field of Science Fiction, Fantasy and Magical Realism, awarded by the Society of Authors Authors’ Foundation.

Also a theatre director and playwright, he has written over twenty plays. Daniel is Artistic Director of Suitcase and Spectacles Children’s Theatre. Their current production, an adaptation of his first book, is supported by Leeds’ Carriageworks Theatre, Harrogate Theatreand The Leeds Big Bookend Festival.

Daniel has also overseen a number of community writing projects, including The Leeds Story Cycle (2014) and Stories from the Forests of Leeds (2015/6), both of which resulted in the publication of a book of short stories, published by the Leeds Church Institute and the Leeds Big Bookend Festival.