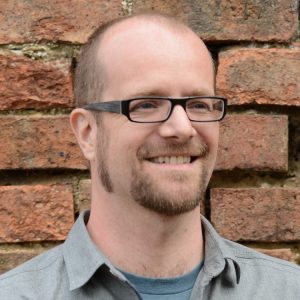 Dan Powell is a prize-winning author of short fiction whose stories have appeared in The End, Being Dad, The Lonely Crowd, Unthology, and Best British Short Stories. His work has featured on numerous prize shortlists, winning a Carve Esoteric prize, the Yeovil Literary Prize, and receiving awards in the Bath Short Story Prize and The London Magazine Short Story Competition.

His debut collection of short fiction, Looking Out Of Broken Windows, was shortlisted for the Scott Prize and longlisted for the Frank O’Connor International Short Story Award and the Edge Hill Prize. In 2015 he received a Society of Authors award and an Royal Society of Literature Brookleaze Grant to develop his writing. He is currently working on a second short story collection and a debut novel.

Dan is also currently working on his PhD as a Doctoral Researcher in Creative Writing at the University of Leicester. His thesis explores the staging of endings in short fiction and will be completed later this year. As an educator, Dan leads writing workshops for writers of all ages in a wide range of settings and teaches in universities and schools.

Dan joined First Story as a writer-in-residence in 2014 and since then has worked with a range of schools across the East Midlands. Dan is constantly astounded by the words the young writers produce, both in the residencies and as part of the many fantastic writing events and residentials First Story offers. Each and every session is a reminder of the value of the unique opportunity First Story provides, enabling so many young people to share their voice and engage their creativity.