Earlier this month, we were invited to St. Gabriel’s College in South London, for a special socially-distanced event to celebrate publication of their new First Story anthology, 20:20 Vision. After months of lockdown and Zoom meetings, our CEO was excited to be able to see in person this talented group of students perform their work.

This is the story of my lockdown treat.

When schools closed, we were forced to accept that the usual round of joyous First Story anthology launches and celebrations wouldn’t take place this term. Most are being planned for the autumn and we know they will make a great welcome back to school for students who’ll be returning after months of not seeing each other.

However on 14 July, in the face of difficult planning, Saint Gabriel’s College in Camberwell were able to stage the launch of their anthology, 20:20 Vision, before the long summer break. Saint Gabriel’s is in my home neighbourhood. I was delighted to be invited and to hear what young people growing up around me had to say. Plus, for me, getting away from the desk and Zoom – to actually meet people in real life –  was the equivalent of being able to go to a full-blown party.

The First Story students at Saint Gabriel’s College are in Year 10; this means they were in school anyway which may be part of the reason that launch was able to be held this term. The library, where the workshops are normally held on Friday after school (and yes, the students kept attending at the end of a long week all the way through), is too small to hold a socially-distanced launch, so it was instead held in the hall. We sat in spaced out chairs. But the launch was also live streamed to the Saint Gabriel’s community so there was a whole virtual audience I couldn’t see. And as well as space and light and a stage, there was cake.

I was early, so I watched the students arrive and greet each other, trying hard not to hug, though not always succeeding. As soon as the event started the energy refocused into complete attention on each student’s reading. They read a selection of work from the anthology, which had arrived from the printer literally two hours previously. Each student walked up to the stage with real pride, heads held up and read so confidently; it was good to hear their voices so strong and clear. Their teacher, John Du Preez and Writer-in-Residence Francesca Beard read too – everyone is equal as a writer and they were all happy to share their work.

During lockdown, these students carried on writing by themselves. In particular, they were making sense of their experiences as the Black Lives Matter movement took off in London. They read from their new work too and what I heard was powerful, angry, clear, demanding to be heard. There was no doubt they had a voice. Writing as a way of expressing themselves had become second nature.

‘This anthology is a First Story anthology, and the first story is always your own story.’

The headteacher, Nick Butler, finished the launch with thanks. He spoke about how sharing and performing work builds confidence and about the importance of having a voice. ‘This anthology is a First Story anthology,’ he said, ‘and the first story is always your own story.’

That comment rang so true. When the world around you is shifting and the future is uncertain, being sure of your own story and agency, just as these young people showed, supports you to stand firmly on new ground. Which is a good thing as they will be the ones shaping the world to come. 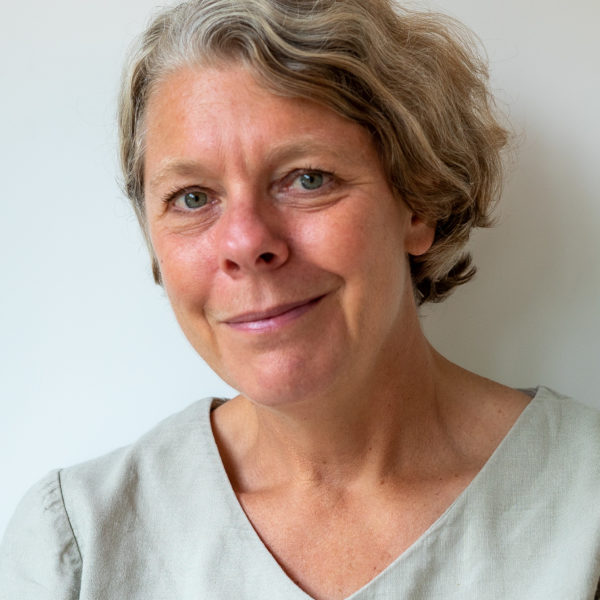 Antonia has over 30 years' experience in the cultural sector, from leading policy for the literature sector at Arts Council England, to heading arts organisations such as English PEN and the Cheltenham Literature Festival. Creating new ways people enjoy reading and writing is at the heart of all her work. She’s also an experienced trustee, currently of the Centre for Literacy in Primary Education.