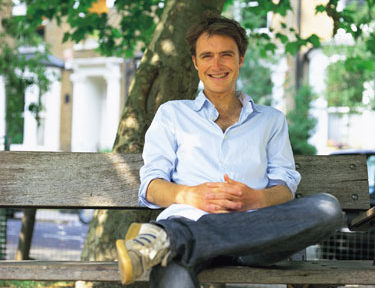 We’ve reproduced the interview below but you can find the original post here.

What was the last book you read?
Kevin Barry’s Beatlebone, which is a blast, a gas, a ride, a rumpus, a song…

What’s next on your reading list?
I’m lucky enough to have proof copies of Hisham Matar’s The Return and Deborah Levy’s Hot Milk, and I can’t wait to go back into those authors’ wise and image-rich worlds.

Which writer would you have loved to have met – and why?
Anton Chekhov – both a literary and personal hero, and (by all accounts) so totally non-boring. But the meeting would have to take place in a parallel universe in which I could speak Russian. And I hope his dachshunds Quinine and Bromine would come along too.

You’re stranded on a desert island – what 3 books would you want with you?
Shirley Hazzard’s The Transit of Venus, Italo Calvino’s Cosmicomics, George Eliot’s Middlemarch. (Seamus Heaney’s Opened Ground and Les Murray’s Fredy Neptune jostling for contention as well… Oh god, and Chekhov’s stories too…)

Tell us the 1 thing about your company/business that we need to know…
We help young people find their voice and know that their voice has value.

What do you like about your job?
The people it’s brought me to – the team at First Story, and all the teachers and librarians in our schools, and all the writers we work with, and the thousands of teenagers who’ve been part of First Story writing groups and learned that writing can be both a source of pleasure and a source of power…

Which is your favourite bookshop or ebookstore – and why?
All the independent ones, obviously… Daunt’s in Marylebone and Holland Park. Lutyens and Rubinstein. The Woodstock Bookshop. Topping’s in Bath. Belgravia Books, who’ve been amazing supporters of First Story…

Go on, let us know your guilty pleasure from the world of fiction?
I still remember the first sentence of Jeffrey Archer’s Kane and Abel, and I read it when I was 11.

Which great novel have you tried to read – but failed?
Everything by Dostoyevsky except Notes from Underground, which I managed because it’s so short. And Proust…